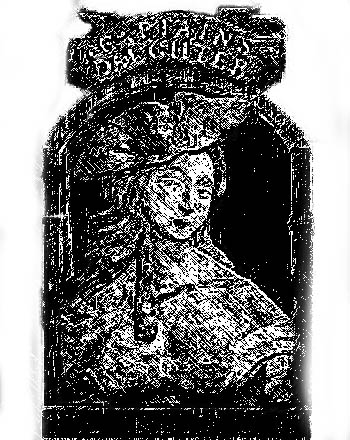 In the Shore district of Caras Celairnen tucked up against the main walls and away from the main streets is the Captain’s Daughter. For where is stands this is an impressive in complete with brewery and a good sized drinking room. The two story structure is the home of Hrothgar and like his name sake it serves the finest mead in the town. 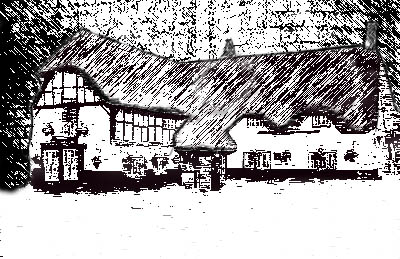 “Then it came into his mind to raise a mead house, mightier far than ever was seen by the sons of earth, and within it, then, to old and young he would all allot that the Lord had sent him, save only the land and the lives of his men.”

Well so lay the grandiose hopes of Hrothgar, a Northman who though trained in weapons never saw action. His wife Hilda and his son and daughter (Unferth and Hrethal) help in the running of the inn. The inn does well because the mead is good and Hrothgar has relations who are rivermen. From such contacts Hrothgar also runs a quiet line in hard to come by artefacts.

“So lived the clansmen in cheer and revel a winsome life, till one began to fashion evils, that field of hell.”

All was well with Hrothgar’s inn until he opened up new cellar space. Behind a rock wall he discovered a passageway that led down into the underdeeps of the old Dwarven citadel. Perhaps not so bad if these depths had not become how to all manner of dwellers of the dark. Soon his inn became plagued by strange visitors and worse his paying guests would disappear. It soon became clear to Hrothgar that he would have to block up the cellar. However, no matter what method he tried there was always one visitor who returned thirsting for fresh meat, Grendel.  The only solution was to slay the monster as quickly and quietly as possible before the authorities became aware of the danger and took the inn away from Hrothgar.

With the defeat of Grendel, the way became clear to explore areas of the Underdeeps opened up by the passage in the cellar. Many hidden doorways and collapsed passageways wait to be found and cleared. The risk is great but the potential reward of discovering a lost Dwarven artefact attract adventurers in the know to the Captain’s Daughter.  Hrothgar charges a fee for entry to the Underdeeps and also sells adventurers packs of useful items such as torches and lanterns in bulk. Adventurers are expected to find their own path and pay a finders fee on all treasure returned to the surface. In addition, Hrothgar will often buy items that would be difficult to sell from adventurers.

This sideline in artefacts and a well connected network to distribute them means that Hrothgar often has small commissions for adventurers to undertake for a reward. These can involve the Underdeeps below the inn, but more often the wily inn keeper has heard rumour of an item in other locations which he believes he can sell on at a profit. For such tasks adventurers will receive the usual adventurer’s supplies excluding transport (unless needed to return the item).