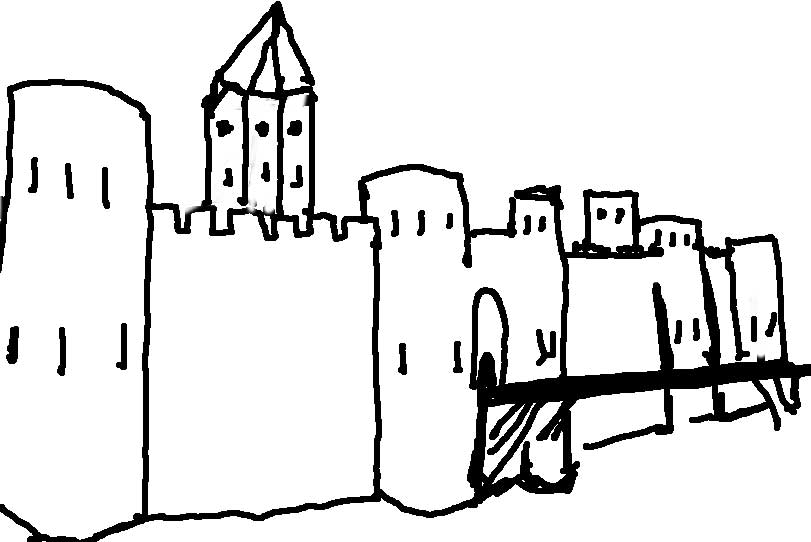 Well at this rate, I won’t even get the castle top levels out before the month is out. This is a nearly completed version – I got held up when I had to digitally add in windows that I had forgotten to include. I would like to add some more details to the rooms later but they aren’t needed for the main details.

The ground floor levels of Castle Caras Celairnen are reached via a drawbridge and bridge that span a wide defensive ditch. As the central castle is at the top of a rocky outcrop and backs onto the steep cliff down to the river, the risk of seige machines being brought to the main walls is very remote. Hence the purpose of the ditch is to create a killing field for the archers of the castle. Like all castles that have developed over time buildings have been added into the central courtyard, defensive structures have been converted to other uses and the overall feel is now of a ruling administrative palace rather than a defensive fortress.

So Mapvember has arrived and as a little fun and to keep me going, I am going to try and join in this year. I can’t promise a map a day but I can contribute a little of the work ongoing in Caras Celairnen. Castle Basement level.