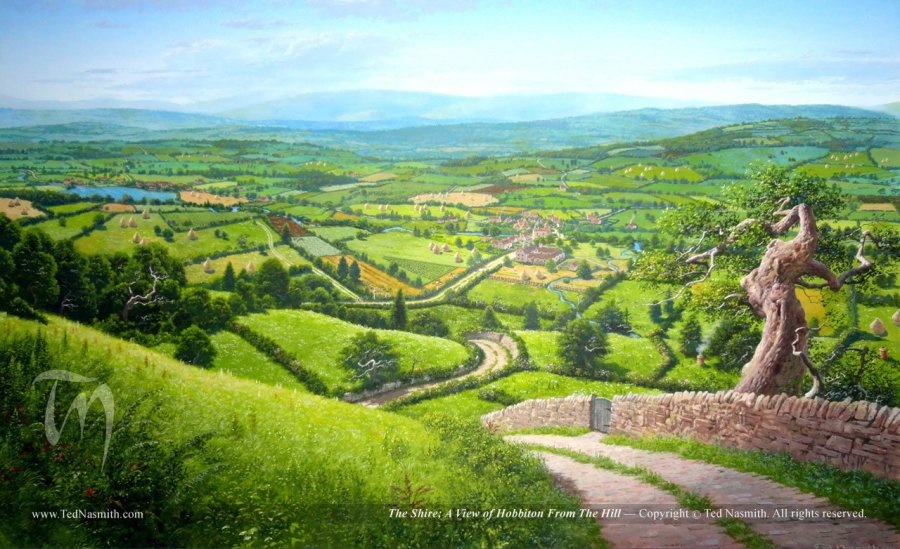 The young man’s brown eyes showed sorrow and loss, his broad shoulders suggested experience wielding a heavy hammer. The mismatched leather armour and the nervous way he held his sword suggested that being a warrior was not his first choice of trade. Shirriff Notion looked him over again and saw something that suggested an iron rod strengthened the youngster’s spine.

An Eriadorian Blacksmith’s son, Aelfric has left his devastated village and travelled seeking employment as a guard for merchants. He knows Brega who was also from the same village.

The red-headed bard sat in the corner of the inn playing her flute for the regulars. Her blue-grey eyes sparkle with enjoyment as the crowd begin to pick up the beat. It is not long before the a space has been cleared in the room and a line of dancers begin an impromptu reel.

An Eriadorian bard, Alvi wanders the borderlands of Arthedain and Cardolan seeking to build a reputation as one of the great bards of the age.

The black cloaked figure strode into the village, cauldron swinging from her hand. Around her curtains twitched hurriedly closed and small children were snatched off the street. Unconcerned, Brega knocks on the back door of the inn. The door creaked open a crack. “What do’yerwant?” inquires a voice hidden by the door.
“I was wondering if you were in need of a cook?” Brega replies smiling disarmingly.

An Eriadorian Cook, Brega is also a trainee Mage. Like Aelfric she fled the devastation that had struck her village. In her travels she met a hedge wizard who recognising her abilities lay beyond being a good cook began her training.